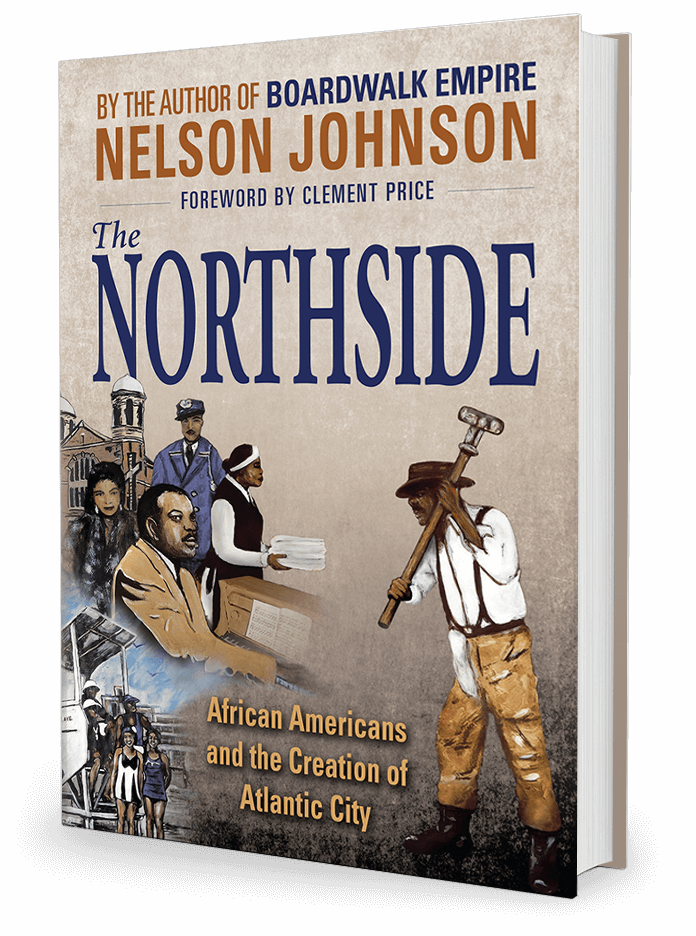 African Americans and the Creation of Atlantic City

Nelson Johnson frequently stopped work on Boardwalk Empire to wrestle with how best to handle the thorny subject of race. But he persisted, and the result was Chapter 3 – “A Plantation by the Sea” – that inspired this powerful sequel.

In The Northside, Nelson vividly brings to life the untold story of Atlantic City’s black community, from the arrival of the first African Americans to Absecon Island in the 19th Century through the glory days of the ‘World’s Playground.” Drawing on dozens of personal interviews and painstaking archival research, he reveals long-forgotten details about the people on whose backs the gambling mecca was built and offers the wide-ranging accomplishments of more recent generations.

Exploited for their labor and banished to the least desirable part of town, resilient Northsiders created a vibrant city within a city – a place where black culture could thrive and young people could aspire to become artists, athletes, educators and leaders in business and politics. As Johnson shows in this unflinching portrait, Atlantic City was built on their toil – and the Northside was born of their dreams.

As Johnson says, “African Americans built Atlantic City. Remove them from its history and the town we know today never comes to be.”

Marshalling a constellation of primary resources, many of them new to historians, and building upon the existing historiographical literature, Nelson Johnson weaves a complicated and persuasive narrative that contributes to our understanding of Atlantic City’s prominence in the aspirations of the black urban experience.

From the grand Boardwalk hotels to the Paradise Club to Chicken Bone Beach, the racism of the times kept Atlantic City’s blacks segregated from white tourists. But in response, African Americans built their own city within the city – and a tight-knit, thriving community that Nelson Johnson has chronicled here in fascinating detail.

The Northside manages to capture all the subtlety and grit that shaped the lives of people, especially African Americans in Atlantic City in the mid-20th century – a microcosm of the issues gripping the nation during those turbulent times. A remarkable and inspiring book.